Hrair - how many folks should we have in our meetings?

Meetings:
It turns out that our brains are wired such that we can only keep a very small number of things in mind at any one time. Some argued for 7+/-2, some say even less, around three or four. 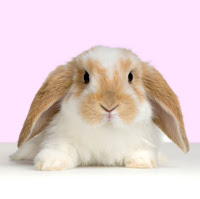 Hrair is a word found in the rabbit vocabulary of the book Watership Down. Since rabbits have an awful time with numbers, they only have actual words for numbers one, two, three, and four. Any number after that is hrair, which literally means "a thousand", but often means "a lot". The idea is that for humans, hrair might be similar, and at most stretch to 7 plus-or-minus 2.

Groups of more than hrair people find it increasingly harder to keep focused on a single conversation. It becomes a progressively easier to get distracted and tempted to draw into a side-conversation with hrair folks or less.
Posted by Unknown at 6:58 PM